Historically, experts don’t, or can’t, determine that a recession is a recession until we’re in the throes of it. But sex workers, on the front lines of consumer habits, might have the answer for them before the big economist brains are ready to call it.

Workers at strip clubs—businesses that, in the past, have also been seen as recession-proof—say they’re feeling the effects of a struggling economy right now. Some say empty clubs are a sure sign recession is coming soon. Recently, workers in brothels, too, are reporting fewer clients and a prolonged quiet period that shows no sign of letting up.

Online, some adult content creators are seeing slower sales, too.

“I have seen a dip in spenders recently,” Onlyfans model Brie Nightwood told Motherboard. “My whale tippers haven’t been online as often and I’m getting more freeloaders on my page.”

“Lately sales have stagnated,” Onlyfans model Cinthya LaRose said. “I find it difficult to drive in new customers. Customers seem less keen on purchasing additional content beyond the subscription prices. Last year I was able to sell more videos to more of my subscribers. It has been a struggle the last few months.”

“In general, I would say that it is becoming far more difficult to maintain the same level of earnings from online sex work as I did just a few years ago,” adult content creator GoAskAlex told Motherboard. “In the last few years my income has noticeably declined, and as a result, I have had to disperse my income across multiple adult platforms in order to ensure I have a backup plan.”

An old adage used to hold that pornography was “recession-proof” and immune from the economic struggles that other industries face when markets went south. This started to change in the early 2000s, with the rise of the internet. One year before the recession that took hold in 2001—a combination of the dot com bubble and 9/11—pornographers started feeling an economic squeeze.

Then came the Great Recession that started in 2007, the worst economic downturn since the Great Depression, which saw a catastrophic housing market collapse, households lose $19 trillion of net worth, and unemployment hit 10 percent. It hit in-person sex workers in the U.S. and globally, too: In 2009, street-based sex workers in Canada reported cratering incomes and clients being pushier about haggling. Economist Perry Sadorsky told the Toronto Star that if even the sex trade is hurting, “we are in the most serious depression since the 1930s. This shows the magnitude of the decline. It is deep and it is problematic.”

While the Great Recession officially ended in 2009, the economy didn’t really start to recover until well into 2011. And pornographers seemed to feel it, too.

Now, people are speculating whether we’re just in “slow period” for online independent sex work, or if we’re heading into a recession.

Part of what complicates the question of whether stagnated sales are due to economics or some other factor is how close we still are to the last recession, 2020’s two-quarter blip when the Covid-19 pandemic tanked the economy. As in-person work stopped or people were laid off or fired from their vanilla jobs, more people turned to online sex work than ever. Transactions on Onlyfans reportedly rose seven-fold, and users grew from 20 million pre-pandemic to more than 120 million in just one year. Alex said it’s “harder than ever” to convince people to pay for their porn, and the influx of new creators “has also generated more inter-industry competition and has driven prices down as a result. Myself and many other creators have noticed a drastic dip in earnings (think thousands per month), and I can only speculate on whether that is due to oversaturation, the pandemic, or the economy itself.”

Adult content creator Emily Mai told Motherboard that business is “definitely different now” compared to last year. “There are still people spending but the same marketing tactics that I used last year aren’t as effective anymore,” she said. “I personally am finding that to make the same money, I am having to work harder on my marketing and site interactions to get people to spend.”

Mai said she’s noticed that the same big spenders from years’ past are spending less now. But in 2020 and 2021, more people were stuck at home spending time and money on porn—a trend Mai wonders might be over now. “Usually over Christmas and New Years there is a slow period but it has lasted longer than usual, and I believe a lot of that has to do with the world opening back up after Covid. People are prioritizing in person experiences over online ones.”

Many online sex workers told Motherboard that while business is down for them, the most pressing threat to their incomes is one that also threatens them when the economy is booming: discrimination and censorship against sex work. “I personally think online censorship is getting worse,” Bellucci said. “Now sex workers can’t sell a lot of fetish clips, which doesn’t make sense because we are talking about non-sexual things you can watch in the movies but you can’t sell on adult platforms.”

“Every time we find a platform and start to thrive, we constantly get shut down and need to find ways around the ambiguous rules.”

FriendFinder Network filed for bankruptcy in 2013. But it didn’t cite the recession as the reason. Membership to its sites was down, but a spokesperson told the Wall Street Journal that specifically, credit card companies were “denying transactions and refusing to process transactions” for its sites. Banking discrimination killed it, not the economy.

For independent sex workers online, this story hasn’t changed. Several told Motherboard that they’re seeing slower business this year compared to years’ past, because of a variety of factors. Censorship and discrimination top the list, as this has been the most turbulent time in online sex work in years: people are still feeling the effects of FOSTA/SESTA, legislation signed in 2018 that caused numerous adult sites to shutter and was devastating for workers’ livelihoods. In 2020, following pressure from anti-porn groups, Visa and Mastercard pulled service from Pornhub, and in 2021, Onlyfans announced it would boot sex off the platform, then changed its mind. Mastercard changed its rules in late 2021 to make it even harder to sell adult content on sites that already had strict safety rules.

Censorship is definitely a huge factor in our income,” Mai said. “Every time we find a platform and start to thrive, we constantly get shut down and need to find ways around the ambiguous rules.”

At the same time as the economy has flagged, online censorship and de-platforming of anything sexual has gotten worse. It’s difficult, then, to separate the economy’s impacts on sex work from the general clusterfuck of censorship. Sex workers keep adapting and innovating in the middle of depressions, recessions, and stagflations.

“From my experience, there’s always going to be an unpredictable amount of highs and lows throughout the year but it definitely depends on the state of sex work in society as a whole,” Nightwood said. “For instance, when Onlyfans tried to pull the plug on sex workers in 2021 it was largely due to the bank’s attitudes toward adult content. Even though the ban was lifted so much damage was already done. I suppose in a way, sex work has its own economy.” 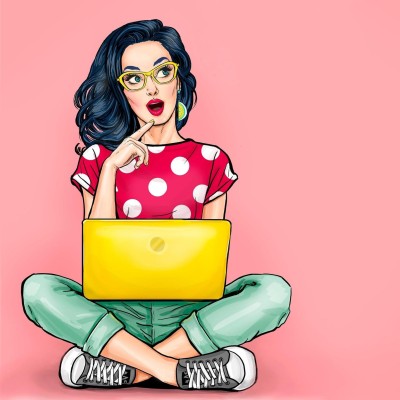 As demographic PROS and their clients are valued members of the community. We are patrons of the arts, we support local businesses and put things in our mouths, minds, eyes, ears, and bags. We also have knowledge and stories to share, and we often see things from a different point of view.
http://pros.news

DECEMBER 17th – Red Umbrella Day – Join us in the YYJ to help bring awareness to community destigmatization, and ending violence against all PROS.

By Angela Wu Repost : The TYEE “Human trafficking” is often used to describe everything from intimate partner violence to child sexual exploitation to labor exploitation, casting a wider net that makes it seem like it’s more common than it really is.

Jody Paterson
REPOST: JODY PATERSON Reconsidering Canada's prostitution laws: An opportunity to do so much better We have until March 17 to give the federal government our...
PROS.NEWS

REPOST Moira Donovan – CBC News. A sex worker is pursuing a claim for non-payment of services in small claims court. Her advocates hope it will help shift the conversation about sex work in Canada.