Vinnie loves sex as much as anyone. But he sure has to work a lot harder than most to find it. Vinnie was born with cerebral palsy, caused by abnormal brain development or damage to the brain before or during birth.

He’s one of more than 80,000 Canadians living with the lifelong condition,

which in Vinnie’s case left him with major paralysis.

The paralysis isn’t the problem when it comes to having sex, notes Vinnie, 32. Nope, the problem is all about the way people react to someone with a disability even thinking about sex, he says.

“There’s no expectation that we even want sex. I go to parties and most people won’t even come up to speak to me,” says Vinnie. “With online dating, you get pretty sick of going with a girl for one date and then never hearing from her again. Emotionally it hurt me – getting to know these people, but them not giving you a chance. It’s really quite depressing.”

And then Vinnie discovered sex workers. But it wasn’t a match made in heaven right off the bat; he remembers some escort agencies not being open to diverse clients, and some that had to move furniture out of the way just to be able to accommodate his wheelchair.

“It took me a while to find Harvi,” says Vinnie, referring to the owner of Sweet VIPs escort agency. “But finding her changed my life.” Sweet VIPs has made a specialty out of welcoming diverse clients like Vinnie, and its ground-floor setup makes it one of the few fully accessible agencies in Greater Victoria.

While Vinnie appreciates the sex part of sex work,

what he values the most is the rapport he builds with individual workers.

“Since finding Harvi, I’ve built a rapport with many people,” he says. “They have changed my outlook, and hopefully I’ve changed theirs, too. They’ve helped me to be not so hard on myself or depressed all the time because I’m in a wheelchair constantly. I do try to keep a positive attitude, but it’s not always easy.”

People often don’t understand that the connection between a client and a sex worker is a genuine relationship, says Vinnie.

“For me, it’s like a relationship I pay for. I would so much rather do this than spend two years on an internet dating site without anything, then end up with some girl who is obsessive or crazy.”

Vinnie relies on his care aides for helping him with all of life’s necessities, including getting ready to have sex. He and his aide David have known each other for more than 10 years, and have shared many an intimate moment together.

“On my first shift, I had to give Vinnie a bath,” recalls David. “I washed every part of him except his penis. He joked, ‘I know nobody wants to wash their homey’s dick.’ That broke the ice!”

When Vinnie is preparing for a Sweet VIPs date, David helps him get comfortable in bed and propped up with pillows and a sandbag to hold his hips in place. “Then I go for a coffee,” says David.

helping him to get ready for sex

– and if they aren’t willing to do that,

he knows that’s not a partnership that’s going to work.

The cost of a sex worker’s services is a significant barrier for people with low incomes. Like so many other people with disabilities, Vinnie lives on a fixed income and has to scrape together enough money for his sex life by cutting back his spending on other basic needs, like food. “It’s $20 here and $20 there until I have enough,” he says.

Other countries are already recognizing that sex for people with disabilities ought to be a supported benefit. In the Netherlands, where sex work is legal, disabled people receive benefits for health services that can be spent in whatever way they choose.

David notes the peculiarity of a society that doesn’t think twice about funding a care aide whose job frequently involves intimate touching of a client, yet rejects the notion of funding that same kind of intimate touching when it’s sexual.

than other 30-something men: His mother knows all about it.

As his power of attorney, she has to approve the spending. 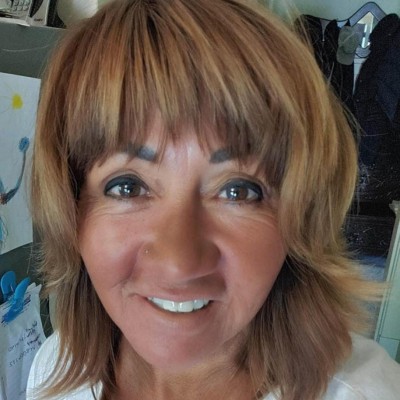 A diverse award winning Canadian writer currently based in Victoria, BC. Former director of Peers Victoria, a multi-service grassroots agency that was established by, with, and for sex workers in 1995. Featured in 2009's The Brothel Project, Jody has traveled the world connecting with, supporting, and relaying sex workers' stories to the general public.
http://closer-look.blogspot.com

PATRON STORY : I am a 70-year-old father and grandfather, a brother, an uncle, and an ex-husband – and now I’m discovering, according to the Canadian government, I’m also a criminal.

#putitinmyMIND : Reclaiming Sexuality After Spinal Injury. …when he asked a few months into his rehabilitation about how sex would work now that he was quadriplegic.

REPOST Making Sex Accessible @ VIPS. Introductions are how stories should start right? My name is Lance, I am born with SMA Type II, and I’m a regular client with SweetVIPs.